Lung X-rays for travel, herbal fumes and a healthy dose of silence

How Turkmenistan is fighting an officially non-existent epidemic 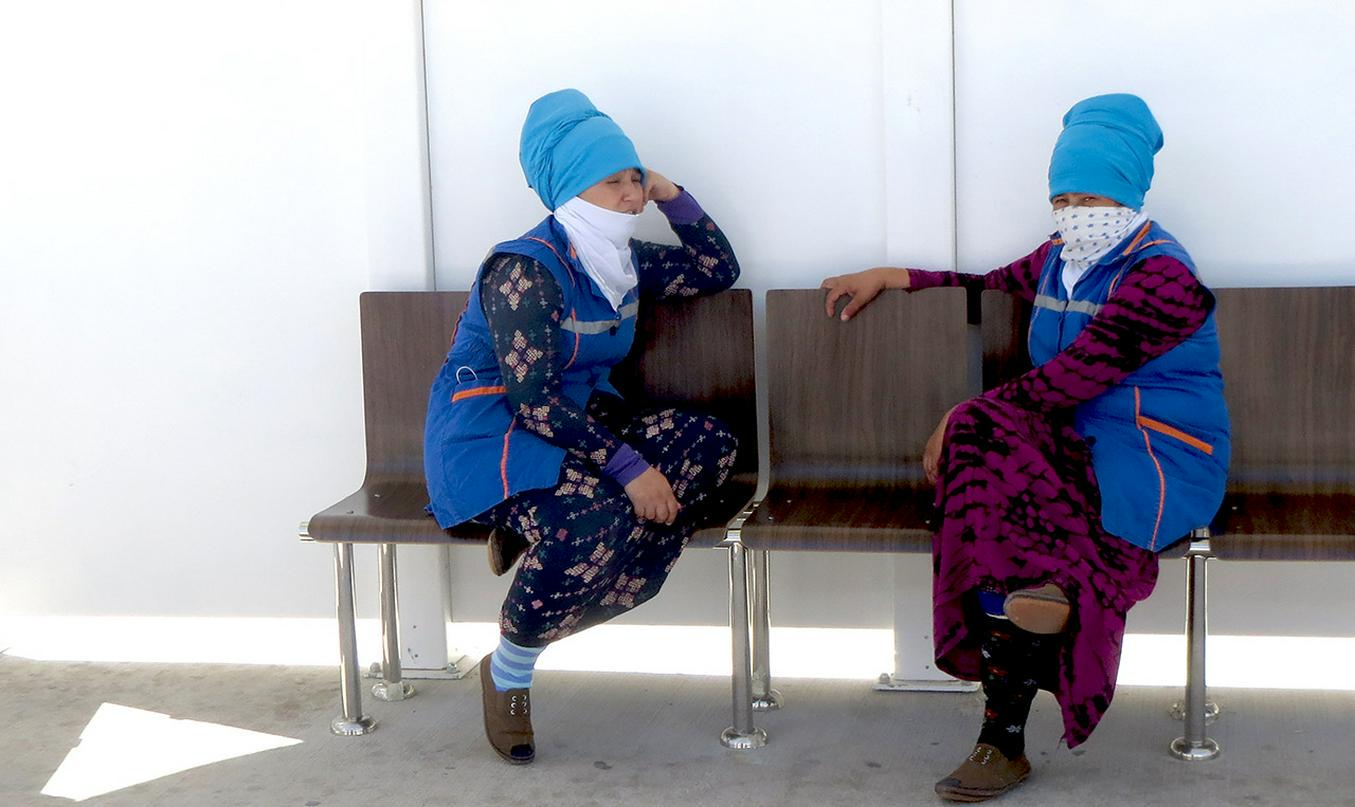 At a medical facility in Turkmenistan. Photo from Azathabar.com

Unlike its neighbours Uzbekistan, Kazakhstan, Afghanistan and, above all, crisis-hit Iran, Turkmenistan has no cases of coronavirus. At least officially. For weeks, independent media outlets covering the country have reported on alleged instances of infection (here and here). Regime-friendly outlets have responded by attacking “the Age of Fake News” and singling out Radio Liberty’s Turkmen service Azatlyk specifically for fabrications.

In fact, the Turkmen authorities have fallen strangely quiet on all things COVID-19 in recent weeks. On 17 March, Eurasianet reported that the government had refrained from mentioning the word “coronavirus” on any official websites since 5 March. On the same date, Chronicles of Turkmenistan wrote that all mention of the coronavirus had been removed from new government anti-epidemic information brochures. Since then, as Azatlyk has pointed out, neither the authorities nor the official media have been reporting on the coronavirus situation inside the country or elsewhere, or even directly informing the population of major anti-virus measures being implemented across the country. (Note: Since this article was first published, reports have emerged that plainclothes security service operatives are arresting people in Ashgabat simply for talking about the coronavirus in public.)

To give the Turkmen government its due, part of the reason for the official absence of cases may be to do with the authorities’ own initial swift response. Capitalising on the country’s already high degree of isolationism, the government moved relatively quickly to close its borders and suspend international travel once the scale of the approaching pandemic became clear. Borders with Uzbekistan, Afghanistan and Iran were shut before the end of February, and Turkmens were soon banned from travelling to countries with confirmed infections. From the start of February, Turkmen nationals returning from China were placed in quarantine in Turkmenabad, and from 4 March the city was effectively turned into an unofficial quarantine zone, with all incoming international flights being redirected there. 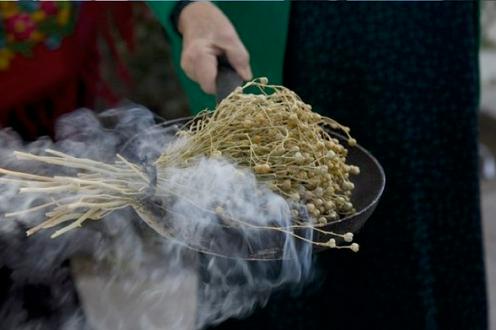 Turkmen president Gurbanguly Berdymukhamedov has himself preferred to tout harmala smoke as the most effective means of fighting the virus. Speaking in general terms rather than specifically mentioning COVID-19, the Arkadag (protector) – who, among 40 other works attributed to him on a wide range of topics, has penned a work entitled The Medicinal Herbs of Turkmenistan – advocated the locally-grown herb as “an effective means to prevent all kinds of invisible-to-the-naked-eye viruses from entering the body”. Immediately following this, reports came in that state employees were fumigating government offices, schools and even cemeteries twice daily with harmala fumes. The price of harmala in the country has since quintupled in price.

As Eurasianet points out, a more likely explanation than harmala smoke for the lack of official cases is the uncertainty over what kind of testing is in fact being carried out. Part of the government’s more general silence has been the absence of information on this very issue. Though Russia has sent (an unspecified number of) coronavirus testing kits to Turkmenistan, anecdotal evidence seems to suggest that most of the testing being carried out doesn’t distinguish COVID-19 from other respiratory illnesses. One doctor at the infectious diseases hospital in Ashgabat who spoke to Chronicles of Turkmenistan recently stated that a lot people in the capital are sick, but that all of them are being given a generic viral respiratory infection diagnosis.

Despite the apparent absence of a coronavirus epidemic in Turkmenistan (or because of its presence?), existing travel restrictions inside the country have been stepped up. Major restrictions on travel into and out of the capital Ashgabat and between regions have been in place since 19-20 March, with only those officially registered in the capital allowed to enter the city and special permission (granted only for business trips, participation in wedding celebrations and other ceremonies, and cases of urgent need) required for travel between different regions. Azatlyk’s anonymous correspondents inside the country are now reporting that would-be travellers are also being made to provide medical certificates showing the results of blood tests and lung X-rays.

“People have to give a blood test, have their lungs X-rayed and their temperature measured. For this they have to pay 15 manat, and for the consultation with the doctor another 10 manat (25 manat is officially a little over $7). Due to the long queues, there are instances of bribery,” Azatlyk’s correspondent said.

The certificates are said to be valid for a period of 14 days.

The measures seem to be a little uneven across different regions of the country. Traffic police at checkpoints in the western Balkan region, the eastern Lebap region and the Ahal region (where Ashgabat is located), are demanding such certificates before letting people pass. Another Azatlyk source in Turkmenabad reported that those wishing to travel to other velayats (regions) are being required to have their temperatures checked and provide a nasal mucus sample for analysis. Those with a high temperature are being taken into quarantine. In the country’s northern regions, it is being reported that movement between etraps (districts) has been curtailed almost entirely.

Individuals registered in one region but living in another are reportedly being sent back to their home regions.

Strict measures indeed for a country without any confirmed infections. 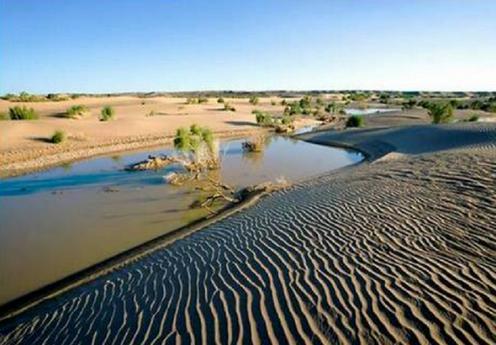 A number of top officials in the Lebap region also don’t exactly seem to be letting the absence of official cases of COVID-19 lull them into a false sense of security. According to Chronicles of Turkmenistan, at the same time as forcing subordinate employees and much of the rest of the population to participate in communal works and Nowruz celebrations, the officials have been hiding their own families in specially-erected camps in the Repetek nature reserve. “Early in the morning, they leave for work in Turkmenabad in their official cars, and late in the evening, they return with luggage racks full of groceries and other necessities,” one park ranger told the news outlet.

In other, more tragic coronavirus news from Turkmenistan, the number of Turkmen citizens who have died after drinking homemade alcohol in Istanbul has risen from 26 to 37. Chronicles of Turkmenistan writes that 61 Turkmen citizens are being treated in hospital, 24 of them in intensive care. Some media reports in Turkey have stated that they drank the bootleg alcohol after rumours circulated among the Turkmen immigrant community that it would protect them from the COVID-19 virus. 11 Turkmen nationals and a few Turkish citizens have been arrested in connection with the case.