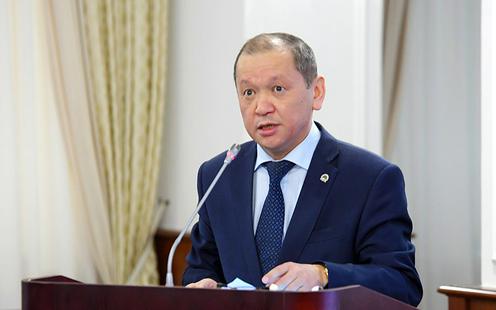 The Minister of Labour and Social Protection of Kazakhstan, Birzhan Nurmybetov, has made a statement explaining delays in the payment of 42,500 tenge ($95) allowances promised to those deprived of their incomes during the current lockdown measures in the country, Tengrinews.kz writes (in Russian).

“Everyone is saying ‘Why are you taking so long to decide on our applications? Why does it take so much time?’ As minister I want to once again apologise for this, but there really are objective reasons for the delay. We haven’t succeeded in going through all the applications yet because we have already received 4.9 million of them, including duplicates, and all of them need to be processed,” Nurmybetov said.

He explained that checking the applications requires time. “We have to check everything, because out of the 4.9 million applications that have come in, almost 1.2 million are duplicates. The real number of applicants in 3.7 million. And their applications contain a lot of mistakes. For example, many people have written their personal ID numbers incorrectly. If the ID number is wrong then it comes back saying that this person doesn’t exist. This has happened with more than 63,000 people. Secondly, people give the wrong bank details, provide other people’s bank account numbers or give accounts that no longer exist. This has happened in over 83,000 applications.”

“Many people have second jobs and so still have an income. Or there are people whose incomes have actually increased. There are pensioners receiving state benefits who are also applying, even though they are not eligible. There are people who didn’t even have any jobs before the state of emergency was declared – more than 500,000 of them have applied. (...) Sadly, people are making applications for deceased individuals, and for people who long ago moved abroad. 378 people have done this. This is why everything has to be checked. Putting 4.9 million applications through these checks takes time, even though it is done by computer. But so far we have already reached decisions in 1.8 million cases and from now on things will go quicker,” the minister concluded.

A national emergency was declared in Kazakhstan in connection with the coronavirus pandemic on 16 March. Lockdown measures are in place and most workplaces closed in many of the country’s major towns and cities. The state of emergency and accompanying measures were recently extended until 30 April. The Kazakh government has announced a number of support measures to help the public through the crisis, including a special allowance for those left without an income, indexation of pensions and benefits at 10%, tax holidays for small and medium-sized businesses, free food parcels for certain categories of the public, and more.

Previously, a number of issues have been reported with websites set up to receive applications for the 42,500 tenge benefit.