Russia allows migrants with expired patents to work until 15 June 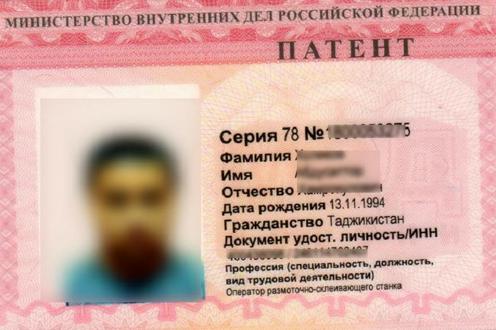 The decree is particularly significant for the millions of Central Asian labour migrants currently in the country. The decree gives employers the right to hire migrants whose work “patent” has expired or who do not have one (patents are monthly fees labour migrants have to pay the authorities for the right to work in Russia; the cost varies across different regions but in Moscow currently stands at 5,350 rubles ($72) per month). It also orders law enforcement agencies not to apply any administrative penalties against them. This includes a suspension of deportations and annulments of previously granted visas, work permits, patents and other similar documents.

This and other decisions were made in a series of presidential decrees issued “in connection with the threat of the further spread of the new coronavirus infection (COVID-19)”.

Due to the current lockdown measures in place in Russia, many labour migrants have lost their jobs and found themselves in extremely difficult circumstances. A “non-working week” was announced in the country at the end of March and has subsequently been extended until the end of April. In theory, employees are to retain their salaries during this time, but this rule seems to have worked out unevenly at best for many Russian citizens and has not covered the majority of labour migrants, many of whom already began losing their jobs in the middle of March. At the same time, however, migrants were still required to pay for their patents, while border closures have made it difficult for them to return home. Previously, the Uzbek foreign ministry, Tajikistan’s ambassador to Russia and the chairman of the Federation of Migrants of Russia have all called on the Russian government to suspend patent fees during the lockdown period.

Yesterday, the Russian president advised the heads of the country’s regional administrations to adopt a flexible and balanced approach the lockdown closure of construction sites, a major employer of migrant labour. Municipal and regional administrations in Moscow and its wider area recently ordered a temporary suspension of all construction site work, leading to complaints from construction firms. “I don’t understand why we are taking such decisions and forcing migrants to stay in their dorms,” Krokus Group president Araz Agalarov said in an interview with RBK. “These are buildings where 200-500 people live with 4-16 people in each room. And we’re telling them: You shouldn’t be working, stay in your rooms. Fourteen men sitting in a room. There [at the construction site] they had a chance of not getting infected, but here if one person gets infected then the others have no chance. Everyone will get the virus, and we’ll have a building full of sick people who will need to be taken to hospital.”