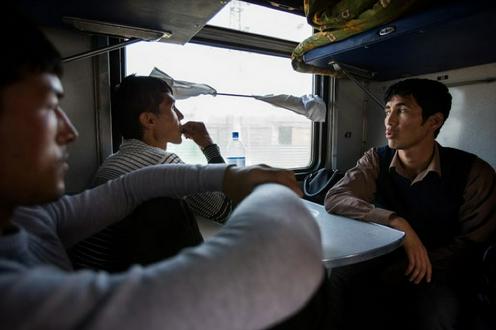 The Russian government has approved a plan drawn up by the country’s interior ministry for the development of its migration policy up to 2025, which includes the creation of a unified database of immigrants entering the country for work or study. The news was reported on the interior ministry’s website (in Russian).

The Russian interior ministry has called the plan “a new legal regime for the long-term stay of foreign citizens in Russia”, promising to modernise mechanisms regulating labour migration and ensure security and legality in the sphere of migration.

The project envisages an integrated digital system to register immigrants. The unified database is not only to contain information about the foreign citizens but also ensure the provision of government services and effective digital communication between migrants, private organisations and the organs of state. It is also planned to include individualised digital services for immigrants themselves – with a personal account and notifications sent through a mobile phone app.

Although the project was announced only yesterday, there have earlier been reports that Russia may require immigrants to download a special app with a “social credit rating” similar to that used in China. The app would include information about immigrants’ socio-legal status, biometric data, health status, and criminal record. “After the reopening of borders, there are plans to issue a decree that would make signing up to the app obligatory for all immigrants on arrival. Refusal to do so will automatically lower a migrant’s social credit rating,” a source in the interior ministry told Russian news agency RIA News.

An article published today on our Russian site explores the parallels with the Chinese system more fully.

The same source told the agency that the interior ministry was considering announcing an amnesty for illegal or semi-legal migrants currently inside the country. The move is said to be linked to the situation with the coronavirus crisis, as a result of which hundreds of thousands of labour migrants have found themselves without work and often unable to return home due to border closures. The source said that, on various accounts, somewhere between 4 and 12 million foreign citizens were present in Russia when the coronavirus pandemic struck, of whom only 2.5 million are officially-registered labour migrants (when it comes to labour migrants specifically, a UN paper published at the end of 2018 estimated that the number of illegal migrants were roughly equal to those with legal status).

“Among the vulnerable social groups in the country there is a vast army of immigrants of an unprecedented scale,” the source paraphrases an unpublished interior ministry report lying behind the current changes as saying.

Russian president Vladimir Putin has previously extended temporary stay permits for foreigners until the middle of June. Migrant workers’ labour patents due to expire between 15 March and 15 June have also been extended for three months.

Meanwhile, due to the closure of borders that has followed the COVID-19 pandemic, the agricultural sector in Russia is currently experiencing a deficit of seasonal workers. Experts have therefore recommended allowing entry to labour migrants for seasonal work until border closures are revoked. The Russian agriculture ministry, however, has rejected the suggestion and stated that there is no urgent need for migrant labour.