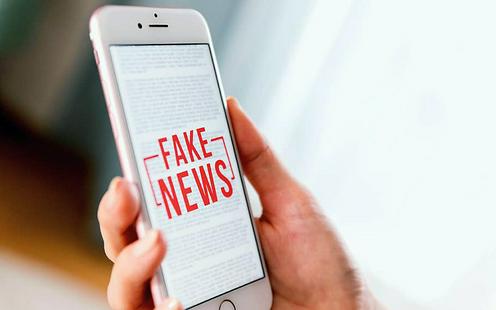 The introduction of administrative penalties for spreading false information about the coronavirus pandemic threatens to increase censorship in Tajikistan and could limit the public’s access to information about the spread of dangerous diseases. This is the conclusion of an open letter from representatives of Tajik civil society to President Emomali Rahmon and the Tajik leadership calling for the rejection of a draft law which stipulates fines for such an offence. The text of the letter has been passed on to Fergana.

Legal amendments setting out administrative penalties for spreading false information about the pandemic were approved by the lower chamber of the Tajik parliament on 10 June. They provide for fines of between 10 and 20 base units (580-1,160 somoni or $57-113) for natural persons and between 150 and 200 base units (8,700-11,600 somoni or $850-1,130) for legal entities. For comparison, according to data from the International Statistical Committee of the CIS, the average monthly salary in Tajikistan in 2019 was around $140.

In the letter, the civil society organisations stress that freedom of speech is guaranteed both by the Tajik constitution and by international treaties of which the Tajik government is a party. In particular, Tajikistan has signed the UN’s International Covenant on Civil and Political Rights (ICCPR), which guarantees the right to freedom of expression. The letter’s authors refer to the UN’s Human Rights Committee, which in its remarks on article 19 of the pact underlines that freedom of speech extends not only to information or ideas that society considers beneficial or harmless, but also those that shock, offend or cause alarm for the government or a section of the public.

“The amendments could serve as a pretext for the persecution and prosecution not only of media outlets and journalists but also civil society activists for spreading information that could be interpreted as knowingly false,” says the letter, which has been sent to the country’s president, the speaker of the senate and senate deputies who must now decide whether to ratify the law.

The document has been signed by the Bureau on Human Rights and the Rule of Law, the National Association of Independent Media of Tajikistan, Nota Bene, the Independent Center for Human Rights Protection, Khoma and other organisations, as well as a number of journalists and civil society activists.

Reporters Without Borders has earlier criticised the draft law back on 12 June and called for it to be rejected. The rights organisation stated that ambiguities in the wording of the law could be used to intentionally infringe on the rights of journalists. The presidential administration answered that the amendments are not designed to clamp down on free thought but to help prevent the spread of COVID-19.

Penalties for distributing false information about the spread of the coronavirus were also introduced in Uzbekistan back in March. The Uzbek law, however, envisages fines of between $4,600 and $9,200, as well as imprisonment for up to three years. In March it was reported that eight criminal charges had been filed in Kazakhstan for fake information about the coronavirus. The accused were charged under article 274 (Distribution of knowingly false information) of the Kazakh criminal code, which allows for fines of up to $7,000 or imprisonment for up to one year.

Yesterday, Kazakh activist Alnur Ilyashev was found guilty оf knowingly spreading false information during a state of emergency (also under article 274) and sentenced to three years of “restricted freedom”, plus 100 hours of community service and a five year ban on political activity for a video and Facebook posts criticising Nursultan Nazarbaev and the ruling Nur Otan party.