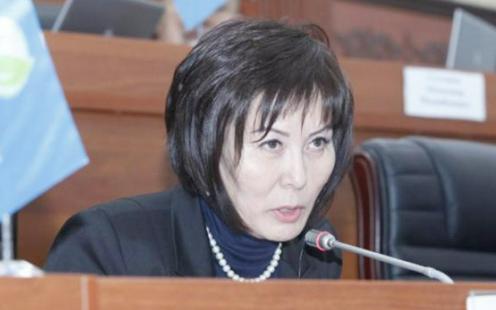 Kyrgyzstan’s Jogorku Kengesh (parliament) has approved a draft law “On the manipulation of information”, which a number of MPs and civil society activists have characterised as an attempt to introduce internet censorship. The draft law’s ratification during a third reading on 25 June has been reported on the Kyrgyz parliament’s website (in Russian).

Deputies made their decision despite the presence of around a hundred protestors demonstrating outside of parliament against restrictions to the freedom of speech.

As Reporter.kg writes, a number of deputies spoke out against the initiative. MP Dastan Bekeshev, founder of the Ak-Niet party, called on his colleagues to reject the draft law. “Some (deputies) seem to think that they will be given state awards for this draft law. But life will end up rewarding them very differently,” he said.

In the end, 79 deputies voted for the draft law in the second and third readings and only 10 against. The bill still needs to be signed into effect by President Sooronbay Jeenbekov.

Yesterday we reported on the very negative reaction of Kyrgyz Facebook users to the new law and criticisms that the law fails to define key terms such as the “manipulation of information” and basically leaves it up to the authorities to decide what is and is not correct information. The website Change.org has set up a petition against the law which has been signed by 7,000 people. “Under the guise of a war of fake information, deputies want to exert strict control over the internet and social media. If the law enters into force then Kyrgyz citizens’ rights to free speech will be violated. It is our civic duty to prevent such arbitrary rule,” the petition says.

The new law will give the authorities the power to block access to internet sites and shut down social media accounts without the need for a court decision. Internet users will have to make their identity clear when using social media platforms and creating anonymous accounts may be treated as a criminal offence. The bill also requires internet service providers to store user data, including photos, audio and video for six months and share that data with government agencies upon request, according to the Committee to Protect Journalists. Moreover, it is not even clear which government agency will be responsible for making decisions in this area.

“The vague nature of Kyrgyzstan’s proposed legislation on media manipulation is sure to create a climate of uncertainty for journalists and promote self-censorship,” said Gulnoza Said, CPJ’s Europe and Central Asia program coordinator. “President Sooronbay Jeenbekov should reject this law unless he is intent on taking part in the kind of repression that we already see among Kyrgyzstan’s neighbors in Central Asia.”

“The suspicion habored by independent media outlets is that the true purpose of the legislation may be to quash the fledgling Kyrgyz investigative journalism scene,” Eurasianet writes, noting that much of this reporting has focused on the vast wealth accumulated by the Matraimov family and its extensive influence over Kyrgyz politics.