High-speed train in Uzbekistan. Photo by Trainpix from the site wikipedia.org

Sophie Ibbotson is the official Tourism Brand Ambassador of Uzbekistan in the UK and an official consultant on tourism development in Tajikistan and Kyrgyzstan. We spoke to her about what kind of tourism should be prioritized in the region, what first-time visitors to Uzbekistan should know about the country, and just how much money Europeans are willing to spend on a VIP tour of the Great Silk Road.

– Sophie, you have been working in Uzbekistan for over 10 years. How did you first become acquainted with the country? And with Central Asia in general?


– My first job after leaving university was working in Bishkek for the Ministry of Economy of Kyrgyzstan. I stayed there for four years, and had an opportunity to travel extensively within Central Asia. I fell in love with Uzbekistan particularly, for the culture and magnificent architecture of this country. Kyrgyzstan has fantastic natural scenery, but certainly not the same impressive architecture.


– What kind of advice do you give to government officials, businessmen and others involved in the development of tourism in Uzbekistan? 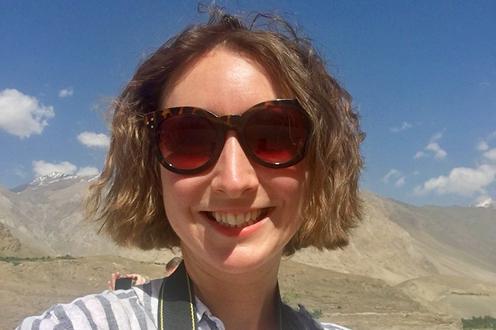 – The key advice I have given them is that we have to focus on three things. First, we have to extend the length of the tourism season into the winter, so that tourists are not coming just for a few months. Second, we have to create new tourism products. Not just relying on Silk Road cities, but also developing winter sports tourism, active travel, community-based tourism, wildlife and other products – to widen the appeal of Uzbekistan. Finally, we need to promote destinations other than the Silk Road, because we want to spread the benefits of tourism across the country, and also to ensure that the most famous sights do not become too crowded.


For example, in September this year I took a group of British travel writers to the Navoi region, so that they would write about the attractions there. Last week I took a different group to Nukus, and to the Savitskiy museum. Again, so that we could start saying to people – Uzbekistan is not just about Bukhara, Samarkand and Khiva, there is far more in the country to see.


– Is there any tangible creative output from these trips, something we could read and share? In blogs, for instance.


– Yes, there are quite a lot of articles, including a long feature article in the Irish Business Post. We’ve also had a video on the BBC. This winter there will be a lot more stories, in the Daily Telegraph, the Daily Mail, and plenty of other newspapers as well.


– In a recent feature article on the BBC you were introduced as an “ambassador for tourism” in Uzbekistan and a consultant for the development of tourism in Kyrgyzstan and Tajikistan. What is your main audience? Private tourism companies or government officials? 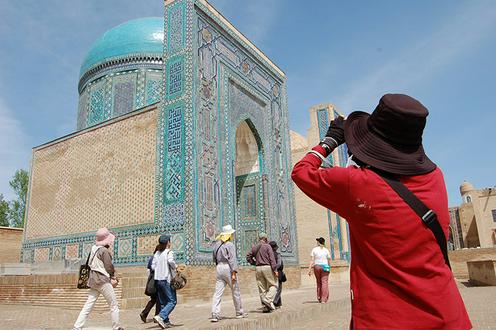 Tourists in Uzbekistan. Photo from Novotours.uz

– As a consultant, I work directly with government departments in Uzbekistan – the State Committee for Tourism, the national PR center. This year I have also been doing work with the Ministry of Culture and the Navoi regional government. In Tajikistan I do this for the World Bank, advising the Tourism Development Committee. However, I am also very keen to work with the private sector, because tourism development cannot happen unless the public and private sector work together. For example, last week I organized a joint project between Uzbekistan Airways and a tour operator called Veres Vert, based in Samarkand. I work with them to promote the country, to make sure that more and more people hear about Uzbekistan. In terms of my role as an ambassador, putting consultancy aside for a moment, I am trying to reach the general public. But my strategy is not to go directly to the general public, but rather to build the country’s profile in the media and with foreign tour operators. I was very glad to hear that TUI, a very big tour operator in the UK, is going to start offering Uzbekistan as a tourist destination from 2020.


– Your work and efforts in Central Asia – what results have they brought? Do officials actually follow your advice?


– The short answer is yes. Obviously there are limitations in terms of time and money. One of the most important things I did was to advise the Kyrgyz government to introduce the visa waiver. They were the first country in Central Asia to introduce a visa waiver scheme for foreign tourists. Since then the number of tourists coming to Kyrgyzstan has increased significantly, and Kazakhstan and Uzbekistan have also adopted a visa waiver scheme, because they saw how effective it has been. In Uzbekistan, recommendations I give are being listened to. Officials are quite responsive to my ideas. For example, I have proposed to them to host a winter sports press tour for journalists in February 2020, and they have been quite supportive of that.


– In one of your interviews you said that “this region needs clean, sustainable, high-quality tourism, not mass tourism”. Could you elaborate a little bit on this issue? 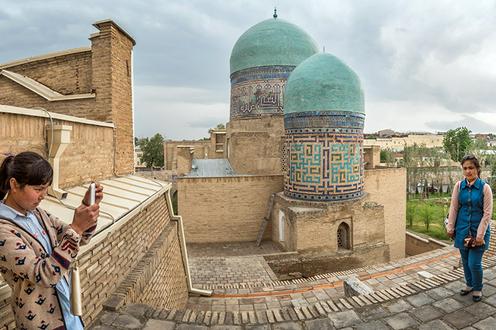 
– Sustainable tourism is essential, and it’s not just about greenwashing, about pretending that we care about the environment. We have to make sure that the tourism products we introduce into Uzbekistan are not going to cause damage to the culture and to the environment. I am very concerned, for example, about some destinations in Nepal, where they have focused on backpackers’ budget tourism. The volume of waste they produce is contaminating the environment and is damaging to the country. What I would like to see in Uzbekistan is, rather than saying “we want more tourists!”, saying “we want tourism to contribute more to GDP”. It is better to have one tourist who spends $2000 than it is to have two tourists spending $1000 each. Bhutan and Botswana are two wonderful destinations that have positioned themselves as very exclusive. They only have a small number of tourists, but every tourist who comes spends a lot of money.

And this is much better for Uzbekistan, because infrastructure there is just developing. We already do not have enough capacity on the high-speed train and in good hotels during high season. So it’s better to have small numbers of people spending more money, and having a positive experience. They then come home and tell their friends – okay, it cost me $2000 or $5000, but it was worth every penny. Good food, good hotels, but also an extra $1000 for a carpet, silks and other beautiful things that are going to contribute to other areas of the economy of Uzbekistan.


– Sounds exciting! But such development would require substantial investment in human capital, in infrastructure, etc.


– Nevertheless there is a demand for very high-end tourism products. Take, for example, Golden Eagle Luxury Trains, which is a UK company. They have done a journey through the Silk Road (including Uzbekistan), and they are launching a new product for 2020. The cheapest price is $22,695 per person for a two-week trip. And I expect it will sell out. Lots of tourists do have that money and are ready to spend it in Uzbekistan. That’s not to say that we should not offer cheaper options as well – I personally would never be able to afford to spend such a sum on a train trip. But there are people who can. And if we make sure there are products available to them, they will bring huge economic benefit to Uzbekistan with minimal damage – a high-value and low-impact form of tourism.


– Speaking from an individual tourist’s point of view, what are the essential things to know when one is going to Uzbekistan? 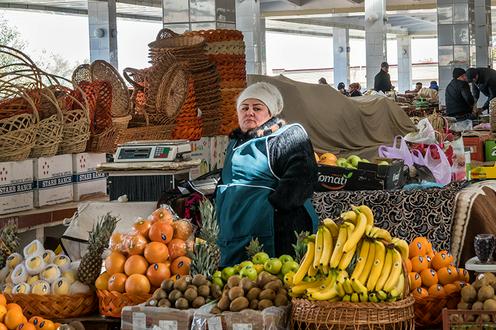 A market in Uzbekistan. Photo by Andrei Kudryashov, Fergana

– The first thing people need to be aware of is that everything takes a lot more time than perhaps you are expecting. You go to look at a sight, thinking one hour would be enough, but there is so much to see, so much detail, that you want to spend longer. The second thing is to do with the food. You are going to go home from Uzbekistan probably two kilos heavier, because people in Uzbekistan love to feed guests. In the UK, we might have just a sandwich for lunch, in Uzbekistan it would be a many-course meal. Feeding people is one of the ways people in Uzbekistan show their hospitality, show that a guest is important for them. So you need to allow time for eating, but also be prepared to have more food, and more heavy food than at home. In the tourist centres there are more opportunities for vegetarians, but outside main cities it is still quite difficult. And if you’re a vegan, you’ll struggle. Not because there are no fruits and vegetables available, but often in the restaurants chefs don’t want to serve you just fruits and vegetables, and they don’t necessarily have experience of cooking vegetarian and vegan meals. Finally, if you are going to travel to Uzbekistan in the high season, you need to book your trains and your hotels well in advance. You cannot expect to turn up and book the train a week ahead, for instance.


– And what about medical insurance? Any specific point that should be kept in mind when going to Uzbekistan?


– There are no particular travel warnings for Uzbekistan, so standard insurance policy would cover everything. I always recommend that people get travel insurance wherever they are travelling. It’s not that the country is dangerous, but you could fall over, you could have a heart attack, etc. It is necessary to have a travel insurance so that you can get good care locally, but also if you need to get transported back to your home country.

– In case of a snake bite, or food poisoning, for instance, is it safe to receive treatment in Uzbekistan?

– For everyday medical conditions, I think it is very safe. When I was in Uzbekistan in 2015, one of the people in my group had heat stroke and dehydration, because it was 45-48 degrees, and we’d been out in the sun, at the archaeological sites. And it was in Termez, which is not a big tourist destination. The hospital was not new, quite basic facilities, but it was very clean. The staff were very helpful, very professional, and the medical care that she received was free. I was very, very impressed.

– Great! Your first travel guide came out in 2012, so you’ve been in the country for quite a long time. In your opinion, what has changed in Uzbekistan since the new president came to power?


– Yes, there have been a lot of changes during the last three years. The new president has made tourism one of his priorities, and the changes that have come as a result have been very rapid. The changes in the visa legislation, the fact that we no longer need registration slips from hotels… There are no longer restrictions on photography in the metro. Also the variety of hotels and restaurants, of tourist experiences has increased in the last three years. There are some new hotels but, on the other hand, places we had recommended previously have deteriorated in quality. All this has been reflected in the guidebook as well.