Uzbekistan will be only EECA country to see growth in 2020, World Bank predicts 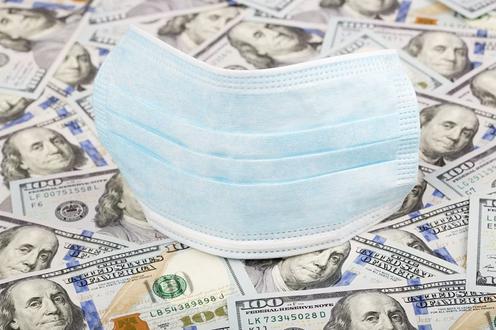 Against the backdrop of the coronavirus pandemic, Uzbekistan will be the only country in Eastern Europe and Central Asia (EECA) to see economic growth in 2020, according to the latest edition of the World Bank’s semi-annual report Global Economic Prospects.

The COVID-19 pandemic has had a deep effect on the countries of Eastern Europe and Central Asia following the collapse of world prices for raw products, disruptions to global and regional production and supply chains and increased levels of risk on financial markets, the report notes.

According to the World Bank’s prognosis, the global economy will see a 5.2% contraction in 2020, the largest since the Second World War. Most countries are expected to be pushed into recession, with per capita output shrinking in a greater number of nations than during any of the 14 global recessions recorded since 1870.

In response to the crisis, central banks in many countries in the EECA region are increasing their monetary support. Kazakhstan has intervened in foreign exchange markets to stabilise its currency and mitigate volatility, while Russia has used sovereign wealth funds to the same end.

The region’s economy as a whole is expected to shrink by 4.7% this year, with recessions or zero growth in nearly all countries. Out of 24 nations, the only exception is Uzbekistan, where growth is expected to come to around 1.5%.

Economic growth in Russia, Kazakhstan and Azerbaijan will be limited by continued low global prices for oil, the World Bank’s experts write. Economic activity in Russia is predicted to contract 6% due to the rise in COVID-19 cases together with OPEC+ production cuts and the collapse of oil prices.

“Although fiscal space is limited in many countries, policymakers have used existing buffers or reprioritized spending to bolster health care systems; strengthen safety nets; support the private sector; and counter financial market disruptions,” the report notes. While extra funding has been allocated to boost health care systems, some countries in the region “entered the crisis ill-prepared to cope with widespread infections given the limited capacity of health care systems and health care spending”.

Many countries have also introduced unprecedented fiscal support programs to counter the impact of the crisis, which are providing some relief to vulnerable households and firms and cushioning the drop in domestic demands and employment.

The economy in Tajikistan is expected to contract by 2%, in Turkey by 3.8%, in Kazakhstan 3% and in Kyrgyzstan 4%. Growth in Turkmenistan is set to be 0%.

The World Bank’s forecast is based on the assumption that lockdown measures are gradually lifted from the middle of this year. Given a gradual return to normal and resumption of trade and investment, growth in the EECA region is expect to rebound and reach 3.6%.

The World Bank has previously forecast a 20% fall in labour migrant remittances for 2020. At the end of May, the ILO issued a report detailing the extremely negative effect that the current crisis will have on young people and the worsening of their educational and employment prospects. According to the report, the negative impact on the “lockdown generation” could last for a significant period.