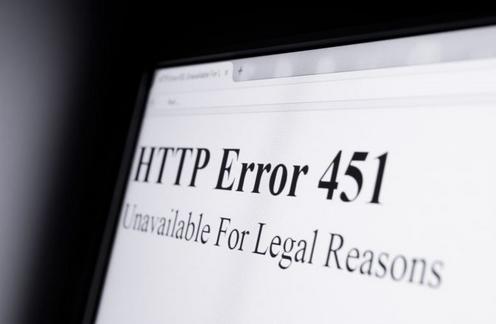 The Uzbek government’s Committee on Religious Affairs has drawn up a new list of materials of a religious character banned from being brought into the country and whose reproduction and distribution is prohibited on the country’s territory. As reported by Radio Liberty’s Uzbek service Ozodlik (in Russian), which has obtained a copy of the document, the new list was ratified on 25 December 2019 and is marked “For internal use only”. The radio station’s source in one of the government agencies under the Internal Affairs Ministry stated that the list has been passed on to the Internal Affairs Ministry, but the ministry has declined to comment on the matter.

The black list also covers articles, sermons, poems and video recordings of a politico-religious nature, written and recorded by unknown authors and published on internet sites and social media platforms. Also included is the book These Days (Bu Kunlar) by Uzbek dissident writer Nurullo Otakhanov (Nurullo Mukhammad Raufkhon) and the video address to President Shavkat Mirziyoyev recorded by the imam of the important Omina mosque in Tashkent Fazliddin Parpiev, who left Uzbekistan in 2018. 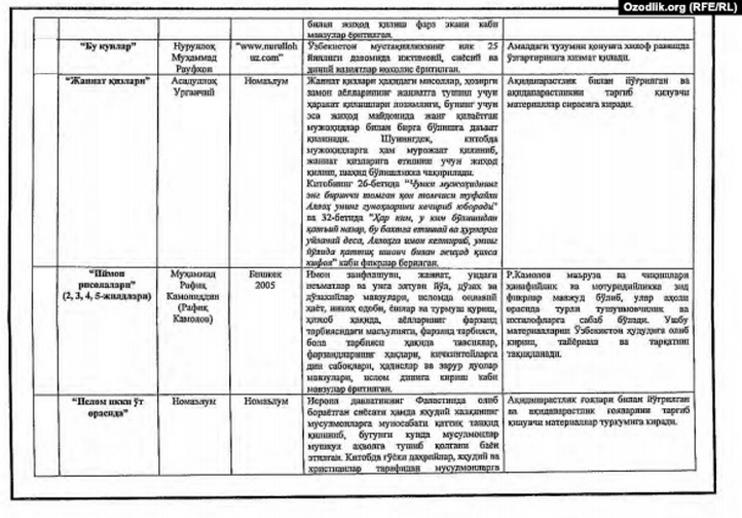 One of the pages from the list. Photo by Rus.ozodlik.org

Also on the list are the names of Karakalpakstan imam Muhammadsolih Abutov who received political asylum in Sweden, the imam Rashod Kamalov from Kara-Suu in Kyrgyzstan and his deceased father, the imam Muhammad Rafik Kamalov, Namangan imam Obidkhon Nazarov, who also received political asylum in Sweden (and who spent two years in a coma there after an assassination attempt against him in 2012), and Andijan imam Abduvali Mirzayev, who disappeared at Tashkent Airport in 1994.

In 2018, the Uzbek government adopted a decree allowing it to block websites and social media accounts which “spread extremist, propagandistic or hateful content on the internet”. The document announced that a “register of resources on the World Wide Web containing prohibited content” would be created.

In May 2019, the Uzbek justice ministry released a list of 42 websites and social media accounts designated as extremist by an Uzbek court and prohibited within the country. Among others, it included the websites najot.info and hizbuzistanistan.info, as well as a number of channels and pages on the social media platforms Facebook and Telegram, and on the video-sharing platform YouTube.

Uzbek citizens caught inside the country or at its borders with prohibited materials in their possession are liable to punishment under articles 244.1 (Production, possession, distribution or display of materials containing content that represents a threat to public safety and public order) and 246 (Smuggling of contraband materials, that is, the transfer across the customs border of the Republic of Uzbekistan of materials promoting religious extremism, separatism and fundamentalism) of the country’s criminal code, which stipulate a fine or imprisonment of up five years.