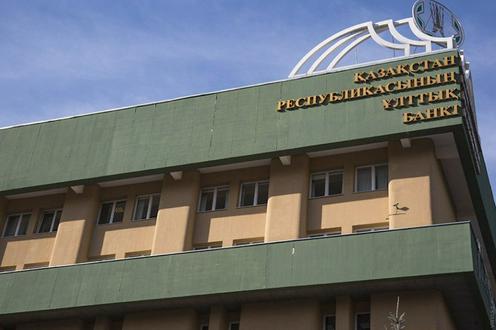 The National Bank of Kazakhstan. Photo from Vlast.kz

Following the collapse of global oil prices, the National Bank of Kazakhstan has raised the base rate of interest from 9.25% to 12% with a percentage range of +/- 1.5%, a press release on the bank’s website has announced (in Russian).

The statement justifies the measures, however, with reference primarily to the effects of the coronavirus on the global economy. “The significant global spread of the COVID-19 coronavirus is the main factor behind the worsened outlook for economic growth in countries which are major destinations for Kazakh exports, such as China and the European Union,” the statement says.

The current measures are directed at minimising the effects of the external shock on the Kazakh economy, protecting tenge assets and maintaining macroeconomic stability, the National Bank declared.

After OPEC+ countries failed to reach an agreement on the reduction of oil production, global oil prices took their sharpest fall since the Gulf War yesterday, with global price benchmark Brent tumbling 30% in 24 hours. Today, the price of Brent crude oil rose again by more than 6%.

The Kazakh economy is highly dependent on global oil prices and the Kazakh tenge immediately fell against the dollar and the euro following the oil price collapse. Kazakh consumer rights association SAPA announced today that the cost of products such as electronics, cleaning products, tea, coffee and sugar, which are among the country’s major imports, could rise significantly.

Yesterday, the Kazakh government and the National Bank made a joint statement assuring that they dispose of the necessary means to minimise the negative effects of the crisis and maintain solid socio-economic development in the country, warning of a possible rise in the base rate of interest and intervention in currency markets.

In its statement today, the National Bank affirmed its adherence to a free floating exchange rate for the tenge, but added that “given changing circumstances, we do not rule out the use of foreign exchange market intervention in order to safeguard the stability of the financial system”, alongside other measures.

Economist Arman Bayganov told Fergana that the National Bank may intervene to prop up the tenge, but that if global conditions continue to worsen then it will be impossible to do so for long. “Of course, the fall of the rouble is also having an impact on the weakness of the tenge. And if the rouble falls even more and we hold the tenge in place then this will be dangerous for our businesses – they won’t be able to sell goods”.

According to his forecast, the fall in oil prices will accelerate a number of internal processes exerting pressure on the state budget and the Kazakh public. “This year there are plans to increase spending on social programmes, raising wages and pensions, but budget incomes have sharply fallen this year. There is currently a shortfall in corporate income tax revenues primarily due to the fall in oil prices and this will continue thanks to the three-year moratorium on audits for microenterprises.” Due to the fall in oil price, this and other internal processes will act even faster to exert pressure on the state budget, Bayganov says.

Economist Almas Chukin is convinced that the collapse in oil prices will not have a significant effect on the Kazakh economy over the coming 18 months, since Kazakhstan has a “large buffer” – its National Fund (currently valued at over $61 billion). The drop in tax revenues, however, means that “these reserves are more likely to be depleted than added to”.

Meanwhile, in Uzbekistan, officials at the Ministry of Economy have appraised the effect of the current external turbulence on the Uzbek som as “neutral”. The ministry has concluded that the fall in the price of gas – one of Uzbekistan’s major exports, whose price has fallen in connection with the collapse in oil prices – and currency devaluations in a number of other countries will have a negative impact on the country’s revenues, but that this will be fully compensated for by the high price of gold. The state budget will therefore be fully capable of meeting its commitments, Minister of Economy and Industry Jamshid Kuchkarov stated.