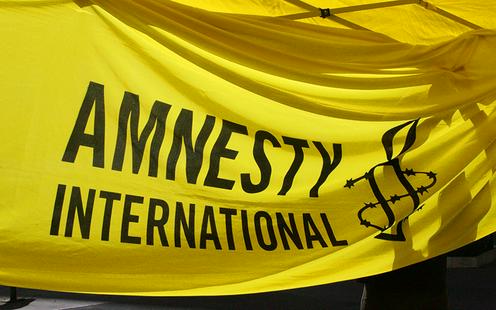 Amnesty International has called on the governments of Eastern Europe and Central Asia to respond in a proportionate way to the current COVID-19 pandemic and not violate their human rights obligations. Amnesty’s briefing on the subject was published today on the organisation’s website.

The human rights NGO says that while countries such as Turkmenistan and Tajikistan are belittling the seriousness of the pandemic, the governments of Uzbekistan, Kyrgyzstan and Kazakhstan are reacting with excessively repressive and violent measures. “As the COVID-19 pandemic unfolds in the region, many governments seem more interested in cracking down on dissent than protecting public health,” said Heather McGill, Amnesty International’s Central Asia Researcher.

McGill argued that the region’s governments “seem to be viewing the pandemic as a free pass to trample on human rights”. Among their violations, she lists the excessive use of force and overly restrictive anti-epidemiological measures, such as instances of welding shut the doors of entire apartment blocks in Kazakhstan and Kyrgyzstan. In the Kyrgyz town of Karakol on 6 April, the authorities welded shut the doors of an apartment block that is home to ten families after one resident tested positive for COVID-19. In Kazakhstan, too, the residents of several apartment blocks were subjected to an enforced quarantine after the authorities welded shut the main entrances in order to keep people inside, Amnesty asserted.

“Any strict measures to stop the spread of the virus must be temporary, proportionate, and in line with human rights standards,” McGill underlined.

In Belorussia, Tajikistan and Turkmenistan, political leaders have played down the threat from COVID-19 and promoted local folk cures with no proven efficacy against the virus. Turkmen president Gurbanguly Berdymukhamedov has advocated fumigating buildings with the smoke of harmala leaves in order to ward of the infection. At the same time, the region’s underfunded healthcare systems struggle to provide adequate care.

Instead of promoting the spread of information, authorities in Eastern Europe and Central Asia have all too often used their new emergency powers to harass journalists and others who try to share information. In Azerbaijan and Russia, social media users, journalists and medical workers have been prosecuted for exposing flaws in their governments’ COVID-19 responses. “Other countries, like Uzbekistan, have imposed ruinous fines for dissemination of ‘fake news’,” McGill said.

“This sends a chilling message to journalists throughout the region and shows that many governments care more about attacking critics than protecting people’s health, she continued. “The people of Eastern Europe and Central Asia deserve better during these tough and challenging times. Their governments must allocate all available resources to fulfill the right to health and put human rights at the centre of their response to the virus.”

Spreading fake news about COVID-19 was made a criminal offence in Uzbekistan on 26 March. Under the new law, the “spread of false information about the spread of quarantinable and other dangerous infectious diseases” in print, in the media and on the internet is subject to a fine of 2-400 base units ($4,600 to $9,200), or 300-360 hours of community service, or forced labour for between two and three years and imprisonment or restricted freedom (such as house arrest or other restrictions on movement) for up to three years. The new measures were preceded by a wave of fake news about mass coronavirus deaths (before the first official case of COVID-19 in the country was even confirmed).

It should be noted that not all of the allegations levelled at Central Asian governments by Amnesty International have been accepted by the local authorities themselves. The mayor of the Kyrgyz town Karakol earlier denied that she had welded shut the doors of an apartment block where one man infected with the virus lived, though she did confirm that the building had been placed under quarantine as the man refused to tell medics which of his neighbours he had been in contact with.

The authorities of the Kazakh city of Aktau similarly denied that the doors of an apartment block there had been welded shut, following the spread of photos of the doors on social media. “A latch was welded onto the outside of the door, the door itself still opens,” the municipality announced alongside a photo of an open door.

In Karaganda, the police and health inspectors did indeed padlock the entrance to an apartment block with the residents inside, after one resident broke home quarantine, though the regional administration stated that there had been “no order to brick people in” on their part.