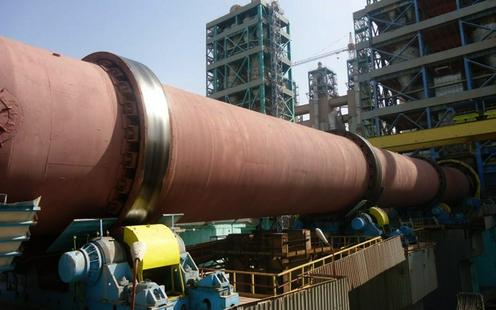 Uzbekistan is to set up a special company, UzAssets, to carry out the privatisation of state assets in accordance with international standards. The story was reported by news agency Norma (in Russian), citing a government decree.

The new company is tasked with preparing state-owned or partly state-owned companies for sale, raising their attractiveness for investors, conducting analyses of their operations and drawing up forecasts for their development. UzAssets will also draw up lists of potential investors and organise road-shows – meetings between company representatives and potential investors ahead of the firms’ listing on stock markets.

UzAssets’ authorised capital will comprise 20 billion soms (around $2 million), which is to come from the extra-budgetary Fund for the Management, Transformation and Privatisation of State Assets under the State Assets Management Agency, as well as from state assets packages that are transferred into the company’s control. During the first stage, the company will be handed shares in ten enterprises: the joint stock companies Kvarts, Qizilqumsement, Urganchsharob, Uzbekiston Shampani, Denov Vino-Aroq, Kafolat and Olmazor, and the unitary state enterprises (GUP) Uzgeorangmet LITI, Uzshaharsozlik LITI and Shakhrisabz Yulduzi. Next year a further 40 assets will be transferred to UzAssets.

According to the decree, no less than half of the company’s board of supervisors must be composed of highly-qualified specialists with international experience.

At the end of May, Uzbek president Shavkat Mirziyoyev ordered the acceleration of the country’s privatisation campaign and the transfer to private investors of around 1,400 state assets, entailing the end of state ownership in more than 500 markets. Since the start of the year, 299 state enterprises have been sold for a total of 348 billion soms ($34 million), including the former Chorsu hotel, the chemicals company Samarkandkimyo, state shares in the Uzbekistan hotel, and the Kungrad Soda Plant.

In other recent business news from Uzbekistan, the UAE company Masdar has signed a deal construct a 500 MW wind farm in the Navoiy region, which will be one of the 30 biggest on-shore wind farms in the world. The Navoiy site will be Masdar’s second major project in Uzbekistan after the firm also won a tender to construct a 100 MW solar power station in the same region. In another significant infrastructure project announced this month, the Uzbek authorities have unveiled plans for a 331 km ring rail line linking up the cities of the Fergana valley. The railway will cover the cities of Kokand, Margilan, Andijan, Namangan and Pap. 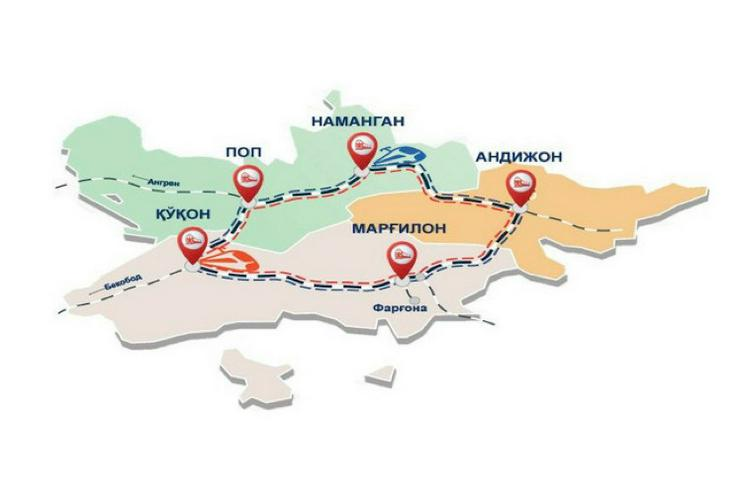 Image from the International Press Club of Uzbekistan

Other liberalising moves this month have included the abolition of excise taxes for imported vehicles (though 15% VAT and customs charges remain) and the introduction of an open skies regime for regional airports. From 1 August, ten regional airports across the country will allow foreign airlines the fifth freedom of the air (permission to fly passengers, post and freight from one state to another on the way to flying back to the country in which they are based), while Navoiy and Termez airports will also allow the seventh freedom of the air (similar to the fifth, except that the final destination does not have to be the airline’s home country).