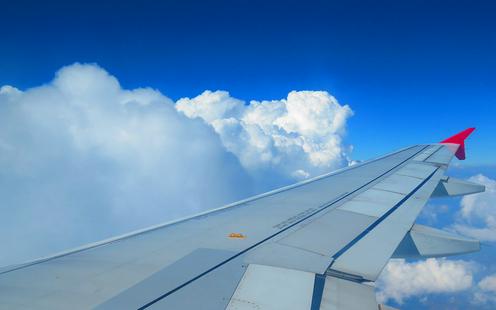 Uzbekistan has announced new reforms aimed at increasing the competitiveness of the country’s air travel sector and raising the number of international flights into the country. The Uzbek ministry of transport, together with the State Committee for Tourism Development and other government agencies, has been charged with establishing five new airline companies in the country by 1 April this year. The directive is included in a new governmental action plan for 2020.

By increasing the frequency of flights on existing routes and by opening new routes, the total number of flights operated by Uzbek carriers is to rise by almost 3,000. At present Tashkent airport alone serves on average 9-10,000 flights a year of the existing national carrier Uzbek Airways.

In addition, every international airport in the country is to introduce ten new international flights as part of the country’s open skies policy. This is to be completed in time for the ratification of the summer 2021 flight schedule by the IATA.

There are also plans to increase the number of countries whose citizens can visit Uzbekistan visa-free. And at the country’s diplomatic missions abroad, a new position is to be created – First Deputy Ambassador, appointed from among the employees of the State Committee for Tourism Development.

A separate point of the action plan deals with the promotion of cooperation with neighbouring countries. In particular, there are plans to pursue the creation of a unified tourism service for Central Asia, on the principle of “one trip, many countries”.

The above measures aim to increase the number of tourists visiting Uzbekistan in 2020 to 7.5 million. By way of comparison, 6.7 million foreigners visited the country last year, a 25% increase on the year before, yet only 15% of them stated that the aim of their visit was tourism.

At the start of this year, Uzbek president Shavkat Mirziyoyev strongly criticised the transport industry for its uncompetitiveness. He noted that, in 2019, an open skies policy and the fifth freedom of the air (the right of an airline to carry passenger and cargo from one foreign country to another while flying back to its home country) was introduced at four of the country’s airports, but that this had failed to attract even a single foreign airline company.

The national airline Uzbekistan Havo Yollari (Uzbek Airways) has frequently been the target of criticism for its monopolistic position in the country. At the end of last year, Uzbek Airways was split into two companies, with the management of airports in Uzbekistan being transferred to a separate limited company, Uzbekistan Airports. Then in January, the creation of a new airline in the country – Humo Air – was announced.

In another move to bolster Uzbekistan’s attractiveness as a destination, it was announced today that Uzbekistan Airports is to reduce airport fees across the country. Meanwhile, on 19-20 February, Uzbekistan will hold an international aviation forum, the Uzbekistan Airports, Aviation & Logistics Forum (UAALF-2020), which is to be attended by dozens of airline companies from around the world, including Russia, Germany, the UAE and South Korea.

A number of reforms have been undertaken in Uzbekistan over the last few years aimed at bringing about a huge upsurge in tourism. The country was recently named as the fourth fastest growing tourism market in the world.