Uzbek economy ministry reconstituted to focus on fight against poverty 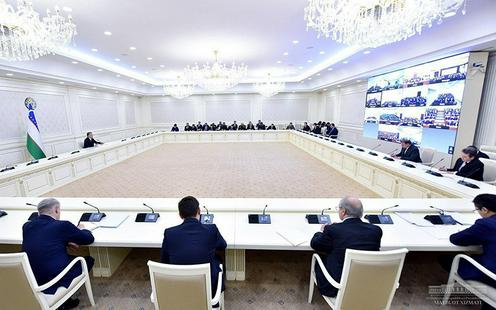 The 26 March video conference. Photo from the press office of the President of Uzbekistan

The reformed agency is to concentrate on the issues of reducing poverty and increasing the population’s income, including through job creation.

At the end of February this year, a new post of deputy prime minister “for financial and economic issues and the reduction of poverty” was introduced. The post was to be automatically occupied by the minister of economy and industry, currently Jamshid Kuchkarov.

In a speech before parliament in January, Mirziyoyev underlined that a large part of the country’s population, especially those living in rural areas, does not have a sufficient income. Around 4-5 million people in the country, or 12-15% of the population, are currently designated as low-income. At the time, the president said that a special programme needed to be drawn up for the reduction of poverty.

The Uzbek public is to be encouraged to engage in entrepreneurial activity through access to microcredit and other financial resources, as well as by government orders for products and services. Those lacking the necessary entrepreneurial skills will be sent on professional retraining courses. $700 million dollars is to be directed toward these goals over the course of 2020. The government has been tasked with the creation of 500,000 jobs.