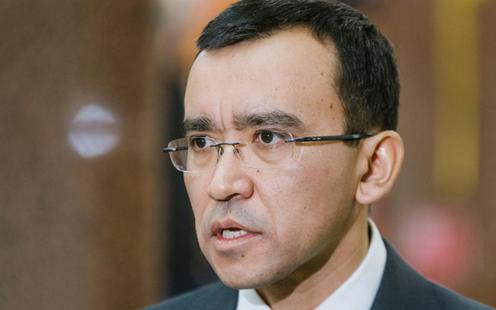 The former deputy head of the presidential administration of Kazakhstan, Maulen Ashimbaev, has been elected the new speaker of the Kazakh senate, Zakon.kz reports (in Russian). Ashimbaev thereby replaces Nursultan Nazarbaev’s daughter Dariga Nazarbaeva in the role, after Nazarbayeva was removed from the post on the orders of President Toqaev on Saturday.

The removal of the daughter of Kazakhstan’s first president and “Leader of the Nation” from what is formally the third position in government made headlines over the weekend. Dariga Nazarbaeva’s role in Kazakh politics has been steadily rising for years and she was long seen as a potential successor to her father. Her nomination as head of the senate on the same day as Nazarbaev stepped down as president last year was interpreted by some analysts as a possible step in this plan.

Speaking to Fergana over the weekend, Central Asia expert Arkady Dubnov said that Nazarbaeva’s removal was clearly a top priority for Toqaev in order to prevent the formation of a dual power structure in Kazakhstan. However, he says that there is “no doubt” that the decision was taken in agreement with former president Nazarbaev himself, likely on account of recent scandals involving Dariga and the Nazarbaev family name – above all the high-profile court cases concerning the Unexplained Wealth Order on Nazarbaev family property in London. As Eurasianet writes, although the Nazarbaevs won their challenge to the UWO, they were able to do so “only by speaking more candidly about the sources and scope of their wealth than they have ever done in their home country, where probing the holdings of the ruling family is punishable by law”.

Dubov forecast that, following Dariga’s exit, Nazarbaev will continue to occupy a place of honour, but that his real influence on politics “will steadily decline to a minimum”.

Speaking to Eurasianet immediately after Dariga Nazarbaeva’s removal, Kazakh political analyst Aidos Sarym stated that the identity of the new senate chairperson would reveal the significance of Toqaev’s move. “Only [when the new speaker is named] can we talk about new configurations and the goals of today’s rearrangement,” Sarym said. The naming of a Toqaev loyalist would seem to answer this question quite clearly.

Ashimbaev was nominated to the position by Toqaev and received the unanimous support of deputies in the lower chamber of the Kazakh parliament. He has served as first deputy head of the presidential administration since December 2019. Previously he has worked as assistant to the head of state, deputy head of the ruling Nur Sultan party, and parliamentary deputy.

This latest move to solidify Toqaev’s position comes after the lower chamber of the Kazakh parliament last week ratified a legal amendment granting the president important new emergency powers in the economic sphere during the coronavirus crisis. Experts suggested that this was both an understandable step to streamline measures during the fight against COVID-19 and “a convenient tool to use to determine which [oligarchs] to support and which to push aside”.