Members of the LGBT community speak out about life in Uzbekistan 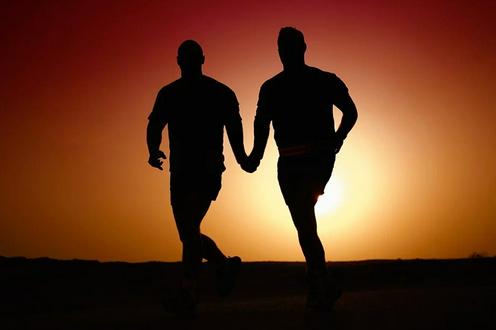 Members of the LGBT community in Uzbekistan have spoken out about their experiences of living in the midst of a homophobic society, where sex between men remains a criminal offence. Over the course of half a year, however, British website openDemocracy found only two gay men and one woman in the country who agreed to be interviewed, even on condition of anonymity.

One 25-year-old resident of Tashkent, formerly employed in the service industry but now out of work, and who reported living as an openly gay man, said that, in the capital, “in principle, this is not such a big deal”, although a truly comfortable existence is possible only “in a vacuum”.

When his classmates at school found out he was gay, he related, they “bullied me a bit”, but the humiliations did not continue for long and soon stopped entirely, since he did not react to them. No big fuss was made when he came out at work. Incidents where his colleagues, even those in a subordinate position to him, fail to show him the necessary respect, he attributes to his own lack of natural authority rather than to his sexual orientation. According to him, he encountered more homophobia during trips to Moscow.

Gay men in Tashkent are, however, forced to follow strict precautions and live their lives essentially like co-conspirators: “To meet other gay people in Tashkent, people generally use social media sites, but they talk in code and conceal what they’re actually there for – they’re scared. People put up fake photos, so dating ends up being a bit random.”

Neither in Tashkent nor in Russia, he said, can homosexual men live together and raise a family, and the public LGBT society is practically non-existent. “There are a number of reasons for this, but the main one is fear: no one wants to end up facing criminal charges,” the young man stated.

A 27-year-old woman from Tashkent, working in the IT sector, says that she has not met with any direct hostility on account of her sexual orientation, since lesbian women, according to her, are not taken seriously, and “from the point of view of safety, being LGBT is easier for girls”. “Society looks at us like we’re just some slightly odd creatures,” she said. “We can walk around holding hands, guys can’t.”

At the same time, life as a gay woman in Tashkent has its own specific difficulties, such as when it comes to meeting others with the same orientation. “Either everything is very hidden, very complicated and people are scared, or they live married to a man, which hides their orientation,” the woman stated. Despite the fact that there are no laws against female homosexuality and gay women in this respect are privileged, they refrain from organising public events in Tashkent, in part due to the risk of harming the LGBT society.

The third interviewee, Shohruh Salimov, is a bisexual political refugee who, in August last year, directed an appeal to the country’s president to abolish the law criminalising sodomy, noting that article 120 (Sodomy in the Russian-language code; in Uzbek the term is closer to pederasty) is widely abused in order to manipulate and threaten people. Salimov himself was arrested in 2019 on the basis of a statement of a friend of his that had been obtained by police blackmail. The police then demanded $2000 from Salimov, too, in exchange for closing the case against him. After handing over this sum to his blackmailers, he left the country, first for Moscow and then for Istanbul, where he lives now.

Salimov had a slightly different view of the situation for the LGBT community in Uzbekistan than the other two interviewees, and listed the fundamental issues that render life there difficult for homosexuals: blackmail, open threats, insults and humiliation, and the impossibility of turning to law enforcement agencies or the court system for help.

In his view, homophobia in Uzbek society is promoted on the one hand by Islam, and, on the other, by the presence of conservative figures, raised during Soviet times, in the seats of power. “In my opinion, the reason they don’t want to abolish this article is that those at the top are homophobes with a distorted view of what we are, that we’re some kind of threat to the country. Among the older figures at the top of the government, this attitude has been carried over from Soviet times, and today’s younger generations follow their example,” Salimov concluded.

The same conclusion – on Soviet homophobia and the resurgence of Islam – was reached by the International Lesbian, Gay, Bisexual, Trans and Intersex Association ILGA World, which studied the issue of LGBT rights in Central Asia as part of its 2019 report State-Sponsored Homophobia. Despite carrying out a sweeping programme of reforms in a number of other spheres, the Uzbek authorities refuse to follow recommendations from rights advocates and the UN for the defence of LGBT rights.