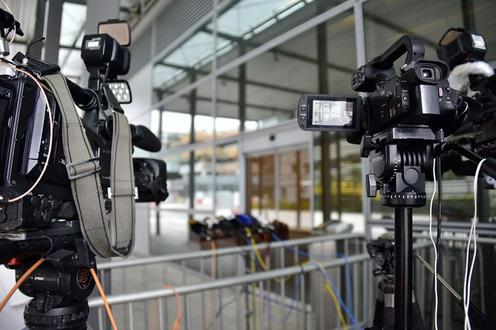 Uzbekistan has raised its press freedom rating by four points in Reporters Without Borders’ latest rankings, rising to 156th in the world and overtaking Kazakhstan for the first time.

Since Shavkat Mirziyoyev’s first full year at the helm of the country in 2017, Uzbekistan has risen 13 places in the rankings, and Reporters Without Borders highlighted the significant progress the country has made on the path towards free speech since the death of its first president Islam Karimov. Imprisoned journalists have been released (though without a pardon), previously blocked websites have been made accessible (such as Voice of America, BBC Uzbek, Deutsche Welle, Amnesty International, Human Rights Watch, Reporters Without Borders and Fergana), the registration process for media outlets has been simplified and subjects such as corruption and forced labour have received coverage.

“However, criticizing the highest level of government is still out of the question. The authorities are in no hurry to carry out the necessary reforms to the laws that constrain the media. Surveillance, censorship and self-censorship are still present and the authorities maintain a significant level of control over the media. Bloggers are still being threatened or arrested,” the organisation writes.

“Uzbekistan has reopened its doors to foreign and exile journalists,” the report continues, “but some journalists and media outlets, including the US government-funded Radio Free Europe/Radio Liberty, have found it difficult to obtain accreditation. It will be hard to fully restore press freedom without political pluralism and without justice for the dictatorship’s crimes. The road is still long.”

Kazakhstan has risen one place in the rankings compared to last year, to number 157. Reporters Without Borders writes that the Kazakh government has increased controls over the internet, news websites, social media and messaging apps, but that after the elections in June 2019, it appears that a greater measure of free speech has been allowed in the country. In particular, demonstrations of unprecedented size have been held and the role of the online media has been extended.

Tajikistan remains in 161st place (after slipping 12 places between 2018 and 2019). State pressure combined with an economic crisis have led to the closure of the majority of independent media outlets, increased self-censorship and the emigration of journalists abroad. “Harassment by the intelligence services, intimidation and blackmail are now part of the daily routine for the journalists who have stayed behind, and some have reportedly been blacklisted as ‘terrorists’,” the report states.

The freest press in Central Asia is still to be found in Kyrgyzstan, 82nd in this year’s rankings. “The pluralism of the Kyrgyz media is exceptional in Central Asia,” the organisation writes in its summary, “but the polarization of Kyrgyz society is reflected both within the media themselves and in the environment for journalists. Although the crackdown on the media that preceded the 2017 presidential elections is long over, investigative journalism is still hesitant – hampered by difficulties in accessing information and subjected to a great deal of harassment, including physical violence, cyber-attacks and interrogations.”

“There is still a great deal of self-censorship on such subjects as inter-ethnic relations,” the organisation adds, and the fight against extremism is sometimes used for prosecutions of social media users. As shown by the “Matraimov affair”, corruption investigations can be dangerous for journalists. They will remain under threat as long as “astronomic” damages awards are not reduced, laws providing special protection to the president are not abolished and judicial independence is not ensured.

Russia occupies 149th place in the list. Following the mass protests of 2011-12, pressure on the media has been increased, draconian laws have been passed and websites blocked, and TV channels continue to inundate viewers with propaganda. Leading independent media outlets have been brought under control or “throttled out of existence”. Journalists and bloggers are jailed “under selectively applied anti-extremism laws”.

The first three places in the rankings are occupied by Norway, Finland and Denmark, while the bottom of the list is composed of Djibouti, China, Eritrea, Turkmenistan and North Korea. On Turkmenistan, the organisation writes: “Harassment of the few journalists who work clandestinely for media outlets based abroad keeps on growing. In recent years, several of these journalists have been arrested, tortured, physically attacked or otherwise forced to stop working, with the result that these media now tend to use the services of citizen-journalists.”

“On a pretext of making the cities more visually appealing, the authorities periodically revive a campaign of removing satellite dishes, thereby depriving the public of one of the few remaining ways to access uncontrolled news coverage. The broadcasting law provides in theory for the possibility of privately-owned TV channels but only on condition that they promote ‘a positive image of Turkmenistan’.”