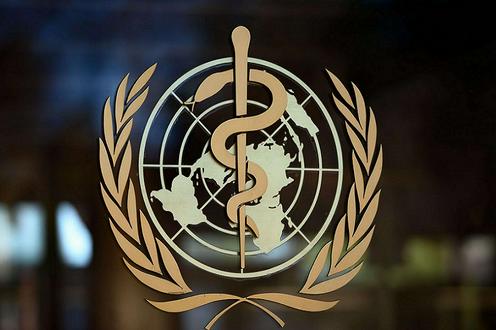 Turkmenistan’s interior minister Rashid Meredov announced at a press conference at the end of last week that the country is ready to receive a mission from the WHO “at the start of July”. Details of the announcement have been placed on the interior ministry’s website (in Russian).

Meredov noted that Turkmenistan is one of the only countries in the world which has still managed to remain free of the coronavirus. He stated that this had been made possible by the “advanced healthcare system” that has been formed in the country over the last quarter century. Turkmenistan had devised a suitable “preparedness and response plan” for the pandemic, he said.

The Turkmen authorities’ long delay in officially inviting WHO representatives, however, has already raised eyebrows. The prospect of a WHO team visiting the country was first raised by Meredov himself at a press conference back on 22 April, when he invited the organisation to visit two quarantine camps set up for people arriving in Turkmenistan from abroad. The WHO immediately announced that it would be sending a mission to both Turkmenistan and Tajikistan, which at the time also claimed to be among a handful of countries around the world to remain free of COVID-19. The Tajik authorities subsequently acknowledged their first official cases of the coronavirus the day before the WHO mission arrived in the country on 1 May.

The WHO team had originally planned to fly straight from Tajikistan to Turkmenistan, but negotiations between the two sides dragged on for over a month. On 3 June, the director of the WHO’s Regional Office for Europe, Hans Kluge, announced that the visit would take place within the following two weeks. Yet again, however, things seem to have been delayed.

Suspicions of a cover up in Turkmenistan have been raised recently by a number of reports. On 10 June, independent media outlet Chronicles of Turkmenistan wrote that the authorities in Turkmenabad had emptied the quarantine camp and infectious diseases hospital there of all patients ahead of the WHO visit and equipped the hospital with new equipment and PPE that doctors were instructed not to use until the delegation arrived. On the same day, RFE/RL’s Turkmen service Azatlyk reported that the infectious diseases hospital in the Turkmen capital of Ashgabat was overflowing with patients with severe pneumonia. “Doctors have no doubt that this is the coronavirus. But they are not allowed to run tests of even talk about the coronavirus,” Azatlyk’s correspondent said.

Azatlyk’s sources in the Lebap and Dashoguz regions have also reported coronavirus infections and fatalities there. RFE/RL stated on 15 June that the Ashgabat infectious diseases hospital had been closed for quarantine and that the same had happened to a major hospital in Turkmenabad following a confirmed case of COVID-19 among medical staff there.

The outlet also stated that a source close to the Turkmen government had said that Turkmen officials were getting ready to officially announce the country’s first official cases of the virus.

Unconfirmed reports of COVID-19 cases have been coming in from Turkmenistan since at least the start of March. In the middle of May, Azatlyk’s correspondents in Ashgabat reported a rising flow of patients from the country’s regions seeking hospital care in the capital with COVID-19 symptoms, and an increasing number of deaths in the city. One of Ashgabat’s morgues, located near to the infectious diseases hospital, was said to be witnessing a sharp rise in the number of burials.

Alleged cases of the virus, however, have been impossible to verify in the closed country. No official data about testing among the population is published. There has been no significant lockdown in the country and measures such as social distancing and the wearing of face masks have not been introduced. Despite the official absence of the virus, a recent appraisal by the organisation Deep Knowledge Group declared Turkmenistan the most dangerous country in Central Asia from the point of view of COVID-19.