WHO mission to Turkmenistan delayed by lack of cooperation 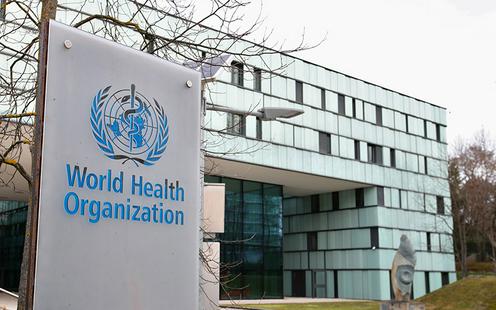 WHO headquarters. Photo from Thinkglobalhealth.org

A team of experts from the World Health Organisation are stuck in Tajikistan after being unable to come to an agreement with the Turkmen authorities on visiting the country, RFE/RL’s Turkmen service Azatlyk reports (in Russian).

“Initially we had planned to travel to Turkmenistan after completing our mission in Tajikistan. We are still engaged in talks over logistics, which are difficult at present,” the press secretary for the European office of the WHO, Stephanie Brickman, explained to Azatlyk’s journalists.

Yesterday, a source in one UN agency office in Ashgabat told independent Turkmen outlet Gundogar that the Turkmen authorities are refusing to send the WHO an invitation. Without an invitation, the WHO mission is unable to enter the country.

On 23 April, the same day that the WHO announced its intention send a mission to Tajikistan and Turkmenistan to check on the alleged absence of COVID-19 in the two countries, Turkmen foreign minister Rashid Meredov made the first official response to rumours that the virus was already present in the closed republic. He said that the reports were baseless and promised to allow diplomats into the quarantine camps erected by the government for returnees from abroad. Azatlyk, however, has since reported that the quarantine camps have been emptied, along with the country’s infectious diseases hospitals.

Chronicles of Turkmenistan had earlier reported that the Turkmen authorities had drawn up a plan to transfer coronavirus patients to isolated hospitals in order to hide them from the WHO mission.

The official media are portraying Turkmenistan as a country that has defeated the coronavirus and an example for the rest of the world. In its report on a recent online meeting with the head of the European office of the WHO, state news agency TDH wrote that “Hans Kluge emphasised the significance of the Turkmen leader’s initiatives” and “highly evaluated the visible successes our country has achieved in the sphere of protecting public health”.

“The experiences of Turkmen doctors in this sphere are recommended for imitation to the governments of the European region of the World Health Organisation,” TDH states in its account of a talk with UN representatives in the country.

The situation in Turkmenistan has been complicated by the recent hurricane in the Lebap region, where the main quarantine camp is located. As usual, the authorities have preferred to cover up the natural disaster and no word of the event has been published in the official media. Independent media based outside of the country, however, have reported that many buildings in the area have been destroyed and at least 30 people killed, with dozens more injured or missing. Numerous photos of the aftermath of the hurricane have been published.

Meanwhile, on 3 May, the head of the WHO’s permanent office in Turkmenistan, Paulina Karvovska, stated that she had visited the quarantine zones in Turkmenabad and Turkmenbashi and could confirm the absence of COVID-19 in the country. Karvovska made no mention of seeing any effects of the hurricane in Turkmenabad (the regional capital of the Lebap velayat). On the same day, the UN’s permanent coordinator in Turkmenistan, Elena Panova, also stated that there were no cases of COVID-19 in the country.

In Tajikistan, where the authorities acknowledged the existence of coronavirus cases the day before the WHO mission arrived in the country, several NGOs have accused the WHO’s permanent representative in the country, Galina Perfilieva, of complicity in the authorities’ attempts to cover up the virus. Tajikistan has now confirmed 293 cases of COVID-19, but the fact that the leaders of two political parties are among those diagnosed with the coronavirus indicates that the virus has spread far, far more widely than official figures suggest. The latest political leader to be infected, Rahmatullo Zoyirov, leader of the Social Democratic Party of Tajikistan (the closest thing the country has to a significant opposition party) has previously accused the authorities of covering up the spread of a virus that he claims has been circulating in the country for three months already.